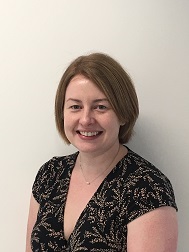 Angela studied Biomedical Science at Monash after graduating from Star of the Sea College in 2001. She then studied medicine at Melbourne University and graduated in 2009.

Angela’s motivation for being a General Practitioner is because is offers breadth and the opportunity to build relationships with her patients through all aspects of their life. Angela also holds a Diploma of Obstetrics and Gynaecology.

Her interests outside medicine include playing netball, playing with her puppy and baking in the kitchen.  She is married with 2 children.