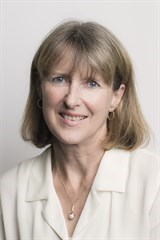 Joan graduated from Monash University in 1980. She spent 5 years in hospitals training at Prince Henry’s, Frankston, and the Royal Children’s Hospital. In 1986 she spent a year traveling in Europe and worked as a locum in U.K. Hospitals.

Between 1983 and 1994 she has worked in 25 general practices in Melbourne and London joining Bluff Road in 1988. Joan has also worked with the Family Planning Association. She spent a year studying Sports Medicine and in the U.K. completed a Diploma of Child Health.

Joan has two adult sons and she enjoys home, family, gardening and walks by the sea.  She has been a keen tennis player, skier and martial artist.  Joan has a second Dan black belt in karate.

Online appointments not available so please phone 9598 6244 to make an appointment.