Protect your family against influenza 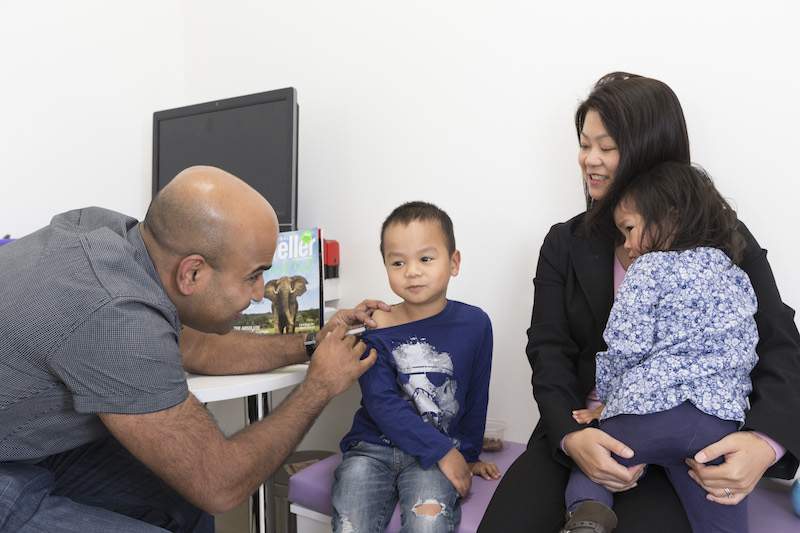 The flu season is fast-approaching, which is why it’s so important to book in for your flu shot today! In this article, we explain some of the recent changes surrounding the influenza vaccine, following last year’s devastating flu season. In 2017, there were 1100 flu-related deaths in Australia. Having a yearly vaccination is the best defence you have against influenza, and we strongly encourage you to book in early before the peak flu season hits in June.

Victorian children aged between six months and five years old will be offered free influenza shots from May this year. Last year, an estimated 4000 children were diagnosed with influenza in Victoria – a huge increase compared to 871 in 2016. Tragically, we were reminded of how vulnerable children can be when eight-year-old Melbourne child Rosie Anderson died after being admitted to hospital with influenza.

Free flu shots for people over 65

Two new flu vaccinations will be available to older Australians this year free of charge. More than 90 per cent of the 1100 flu-related deaths in 2017 were people aged over 65 years of age. The new three-strain vaccines, Fluad and Fluzone, will be available through the National Immunisation Program from this month and are designed specifically for older people whose immune systems respond less effectively to vaccines.

Others who are eligible for free flu shots

Under the National Immunisation Program, pregnant women, Aboriginal and Torres Strait Islander people and those with chronic conditions may also be eligible for a free flu shot.

The best way to protect yourself and your loved ones is to have the influenza vaccination. The flu virus strains change every year, which is why it’s important to get the new vaccine annually. You can also help prevent infection by following good hygiene practices. Remember to wash your hands regularly and avoid sharing cups and cutlery. If you do become unwell, be sure to cover your mouth when coughing or sneezing. Please give us a call to schedule your vaccination.

World Immunisation Week runs from April 24 to 30. An initiative of the World Health Organisation and its partners, World Immunisation Week aims to encourage people at every level to spread the word about the importance of immunisation. Immunisation can help prevent and control many diseases, including cervical cancer, diphtheria, hepatitis B, measles, mumps, pertussis (whooping cough), pneumonia, polio, rotavirus diarrhoea, rubella and tetanus.

We’ll leave you with some interesting facts from the World Health Organisation about immunisation:

* Immunisation currently prevents between 2 to 3 million deaths every year.

* Polio cases have decreased by over 99% since 1988. Today, only 3 countries (Afghanistan, Nigeria and Pakistan) remain polio-endemic.

* Measles deaths decreased 84% between 2000 and 2016 worldwide, thanks to the measles vaccination.

* A new vaccine against dengue has been licensed in several countries, and the first vaccine to protect children against malaria is being piloted in three African countries this year.

* Since the introduction of the meningitis A vaccine in Africa in 2010, mass vaccination campaigns have led to the near elimination of the deadly disease in 26 African “meningitis belt” countries.